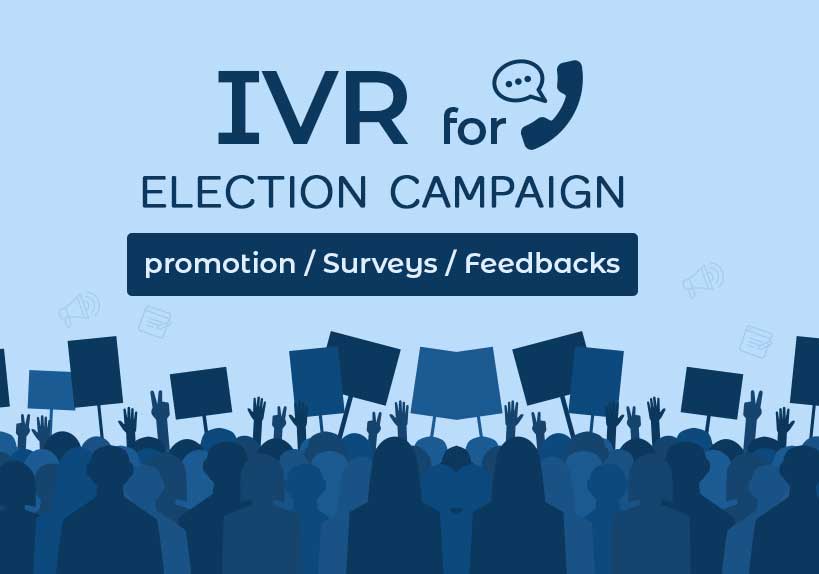 IVR (Interactive Virtual Receptionist) is an automated cloud telephony system that directly interacts with the target people in order to gather desired information and route the calls to the specified recipients. It has played a major role in every political campaign promotion since its existence as it possesses a large number of benefits.

Check Out the Top Benefits of IVR Services:

As we know, manual calls can take place mostly in-office hours. But approaching people at the most appropriate time can be more beneficial. In fact, people would be more responsive to the calls after office. Using IVR you can schedule calls round the clock. Simply evaluate the most feasible time to approach the masses, whether it is daytime or night. Set up the IVR system according to their availability.

Hiring a large number of callers to promote your election campaign is not all a feasible choice as you not just need to train but also manage them as well. In fact, you would also need to invest a lot of money in hiring such candidates.

So instead of hiring manpower, prefer to switch to IVR. You would just require to set up IVR once and then it will work accordingly. It’s a one-time effort and longtime benefit.

You may have a large list of contact numbers of the people you need to target. Imagine how many candidates would be required to target each and everyone on that list. Probably they are endless.

The best alternative that could let you target all of them without missing out on any single person is undoubtedly IVR. Using this you can connect to them and make your voice message reach them at any point in time.

Suppose you are willing to ask a set of questions regarding your political party or elections. If you will use manual feedback methods to get feedback from the audience there are high chances that may not deliver you the accurate report due to lack of understanding or communication.

IVR acts as the most suitable alternative for the same. You add a set of multiple-choice questions that can be answered by the receivers by pressing on specific buttons. You can completely trust the system generated report for the same as they will be accurate.

The above reasons state how important is for you to use the IVR system to make this political campaign promotion strategy effective. Since you are using all possible ways for successful and result oriented Political campaign promotion strategy then you must undoubtedly head on to use IVR. Connect with an IVR service provider and enjoy its benefits during the whole campaign season!