Reasons Why Business Use Linux Servers 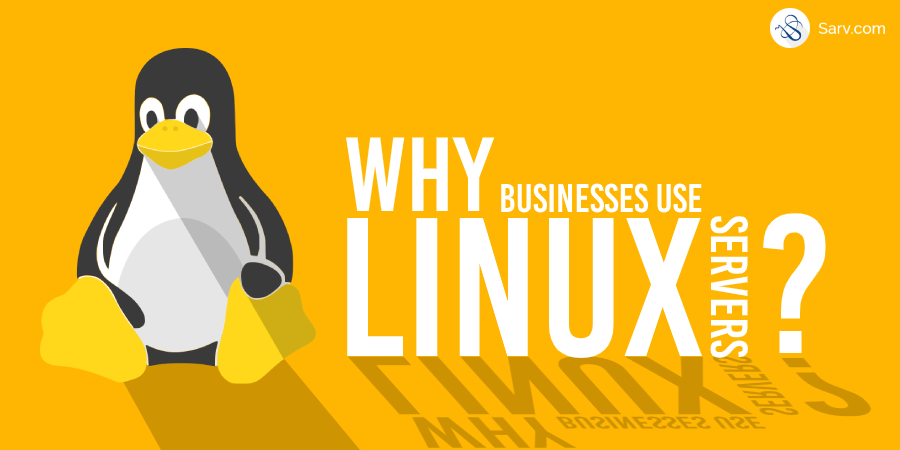 A server is a machine and computer software that offers services to other programs and devices. In other words, servers hold web file those are requested by internet users like you and me via a device. The device used to send request is called ‘client’.

If we talk about the web-hosting services then Linux and Windows are in the lead. Today, people are choosing a Linux server over windows server. Why? To be honest, there are more than one reasons why this selection is being made by people.

So many businesses are using windows based server but if you are going with Linux, you are the chosen one. If not, then let me inspire you a little, Google, Twitter, Facebook and Amazon are running Linux based server.

So let the count down begin:

Free, a word that sounds like the music to everyone’s ears. We, all people, love to save our money as much as possible. Linux makes this a little easy for you. Linux is all free to install. When running as the server, you will find out that it is more compatible and precise. It is like Linux is made for servers. Linux server doesn’t even charge you for extra seats you try to add, unlike other servers.

Windows servers have received so many essential updates in recent years. Even with all these updates, they are unable to make people switch from the Linux to windows server. The stability that Linux offers is amazing and that is the people are not leaving it.

Linux server and system run for years without a single downtime. While in windows servers, crashing, hanging, lagging are common and this increases the downtime. Without data backup, you might get into trouble if you are using Windows servers.

While Windows is good at multitasking, Linux is the one that provides solid performance and multi-tasking at the same time.

Don’t worry there is no typo in the sub-heading. Linux is an OS (open source) OS (operating system). It provides open-source solutions to its clients. Linux is always a community-oriented network. This makes it possible for Linux to be crowded with a big number of effective and productive solutions.

Even Windows has a great number of teams working on it, the number of developers working on Linux is far greater. Not just it, you can create your own applications and programs that can aid you with your work. You can also make changes to the OS (operating system) that is not possible with Windows.

Just like Ali said, “Fly like a butterfly, sting like a bee.’, the work performance of Linux is really smooth. When it comes to security, it is the most relied system til now. No single operating system has come near close to it. As it is an open-source system, everybody is allowed to see the source code. Now with this many eyes on a single code makes it hard to have any fault or bug in the system.

Not just that, you don’t require publishers to release the patch. The Community network does the fix too quickly. The OS alone can protect you from any kind of attack. Even during the cyber attacks, Linux has proved itself more reliable and stable.

In Linux, you are not just seeing the code you can actually edit it (if it is possible). You can you with a server that has GUI or you can install a GUI manually to make working easy on it. If you are good with the terminal then you can go with that too.

With plenty of utility tools like tweaks you can perform system startup, service managers, users manager, disk and network management, or making server secure and manage it.

One best thing that Linux has, is Shell. Shell is a program that let you interact with the kernel and help you run other software too.

Also Read:- 14 Tech Terms Every Marketer and Human Should Know

Hope all these words were enough to put some light on why big names and company like us are choosing Linux over other servers. Even if you are not aware of how to run, you can always look for reliable service providers or you can hire some experts for you.

As a business workload platform, Linux is providing amazing stability, flexibility and security to its clients. All these features and advantages are growing strong with time and hope it keeps this pace up.